Multiple #TINation players were recently featured in an article from PrepVolleyball.com about what they like to do in that small window between nationals and high school season starting! We’re proud to have great representation of Team Indiana from these athletes and many others who choose to spend their time in both volleyball and non-volleyball activities!

With the conclusion of the 2018 club volleyball 2018 season and the rapidly approaching high school season on our heels, we’re in this lull for indoor volleyball. It’s the “in-between” season: in between club and high school, with a player’s coach and teammates, to name just two things,  jumbled; it’s in between chasing a National Title and gunning for a State Championship; it’s in between recovering and gearing up.

I got to thinking about my own “in-between” time as a player. Was I resting? Hardly. I was playing, adventuring, doing… and I figured other athletes these days were doing the same.

We asked coaches all over the country what their athletes were up to during this “in-between” season (also titled: “What I Did on my Short Summer Vacation”). While we didn’t quite get the overwhelming quantity of replies, much of what these young women have been up to noted below makes me feel nostalgic for a summer break all over again…

Julia Patras (also of Hamilton Southeastern HS, IN) spent a week hiking the San Juan mountains in Colorado with her Young Life group with no access to the modern world. She said, “Every step I took I wouldn’t have been able to do without God by my side, giving me the strength and courage to hike 26 miles to a peak of 13,334 feet. It was one of the most beautiful, difficult, and life-changing things I have ever done.” 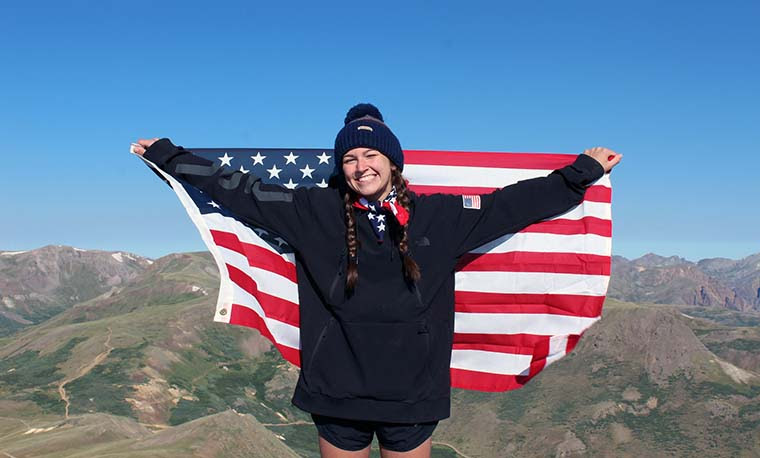 Jenna Hill (Brebuef Jesuit, IN) has been playing “a ton of beach volleyball this summer” with her friends and coaches at Indy Beach where she finished first in two Indy Beach tournaments and in the King Louie’s Regional Beach Qualifier (Louisville, KY) for the earning a bid to USAV Junior Beach Nationals in Siesta Key, FL. Recently Hill flew to California to compete in the AVPFirst National Championship in Hermosa Beach.

Hill exclaimed, “We had so much fun! My partner, Maria Zweig (Carmel HS, IN), and I finished second in Consolation for 16U. This was my fourth year competing in Beach Nationals, but my first with AVPFirst. They’re no joke! AVPFirst pulls in amazing talent and runs a first-class tournament.” The photo (not submitted) with April Ross probably helped with upping the excitement! 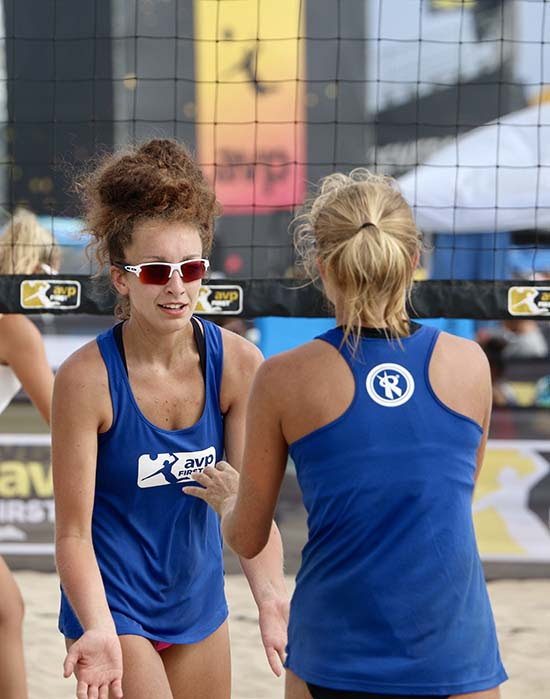 (Note: First, I’m pretty sure she wasn’t paid to say that! Second, think of AVPFirst as sort of a Regional Power League for beach volleyball, where athletes and their partners can earn points by finishing well in four or more tournaments and qualify for the AVPFirst National Championships. The beach volleyball world for juniors is growing, people!)

Carly Mills (Hamilton Southeastern HS, IN) went to Young Life (a high school Christian organization across the country) camp in Clearwater Cove, MO. Mills said the week she spent there was “life-changing” and the best week of her summer. Not only did she grow in her faith and experience lifelong friendships, but she also did activities like swimming, tubing, a ropes course, archery, and even beach volleyball.

The best part? Mills said, “My favorite part was the dessert, especially the huge cookie with ice cream and chocolate syrup on top of everything, served family style.” 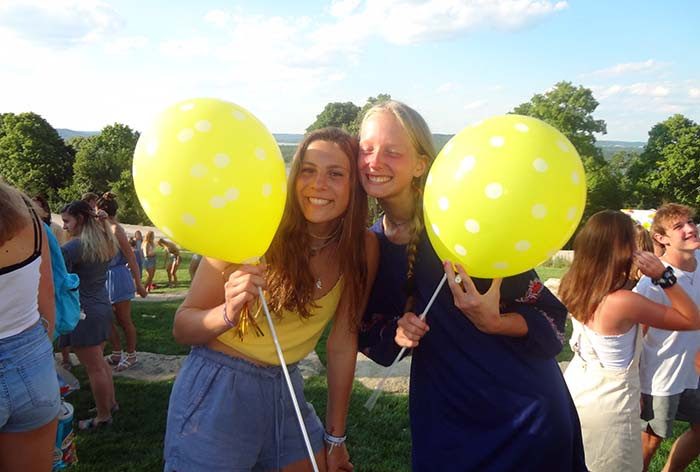 Should You Play Multiple Sports?
Scroll to top